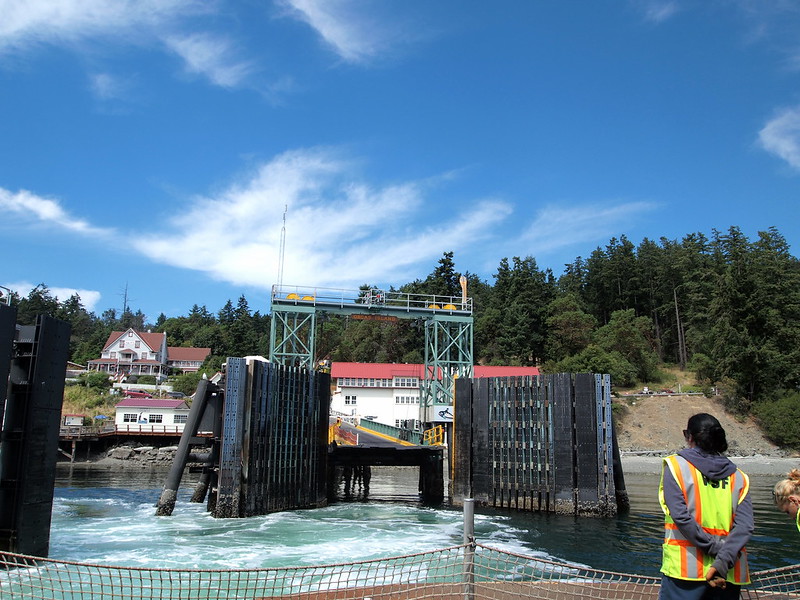 On the second day of our stay on the San Juan Islands, we decided to visit Orcas Island and ride up to the famous Mt Constitution, which we also did last summer. We originally planned on staying on Orcas this year, and even though we didn't have reservation to a camp site on the island, we called and were informed that the nice rangers at Moran State Park would accommodate us if we arrive on our bikes. Unfortunately, the heavy traffic near Seattle (from Tacoma all the way through Marysville) meant that we missed not one but two ferries to Orcas. We ended up staying at Odlin County Park on Lopez and enjoyed it very much. But we still wanted to visit Orcas, the island that enchanted us most on our trip here last year. 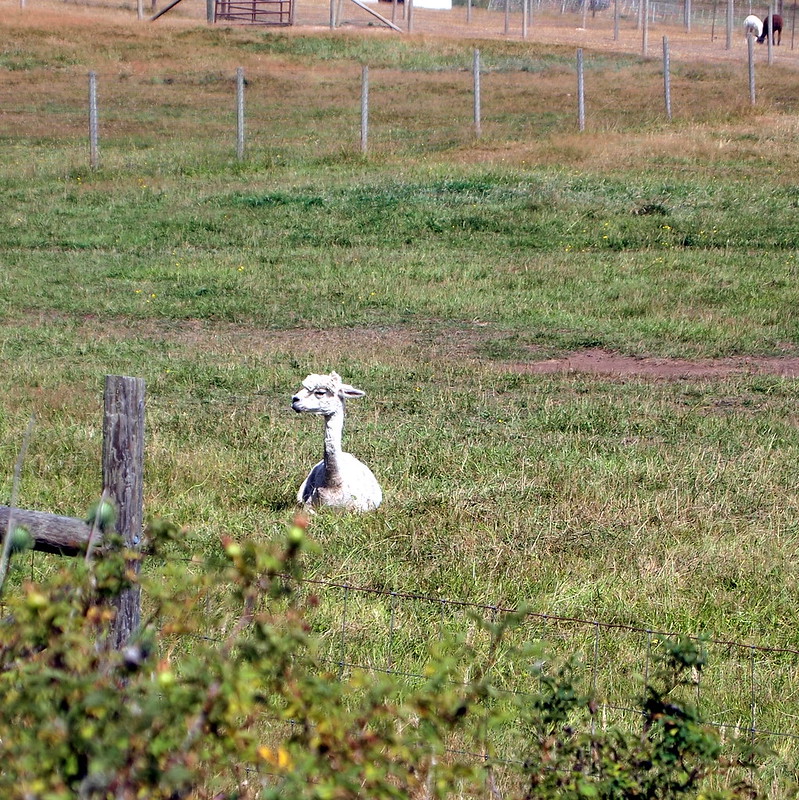 I'd forgotten my camera battery and decided to make a trip back to the car in Anacortes to fetch it. M. met me on the returning westbound ferry at Lopez, and we headed toward Orcas. It was a cool day with varied and multi-colored clouds. We waited near the ferry dock on Orcas for all the cars to unload and go by before pedaling north and eastward toward Eastsound.

The first 2 miles has 3 short and medium-graded climbs followed by similarly graded descents. After getting warmed up on these short hills, we switched to our big gears and cruised on the flatland toward Eastsound. We took the scenic bypass and waved hello to the alpacas foraging on Dolphin Bay Road. Eastsound, busy this time of the year from all the summer tourists, came upon us after a fast 9 miles. We slowed and rolled through town and passed Crescent Beach, upped a hill and turned right to continue toward Moran State Park.

This 4-mile stretch has very different vista from the first 9 miles from the ferry. Instead of expansive farmlands and pastures, we were riding among trees. We topped our bottles at the entrance of Moran State Park. The mirror-like alpine lake followed. We knew we were close to Mt Constitution Road. After a small incline passing Camp Moran, we veered left as the road forked and began the climb. 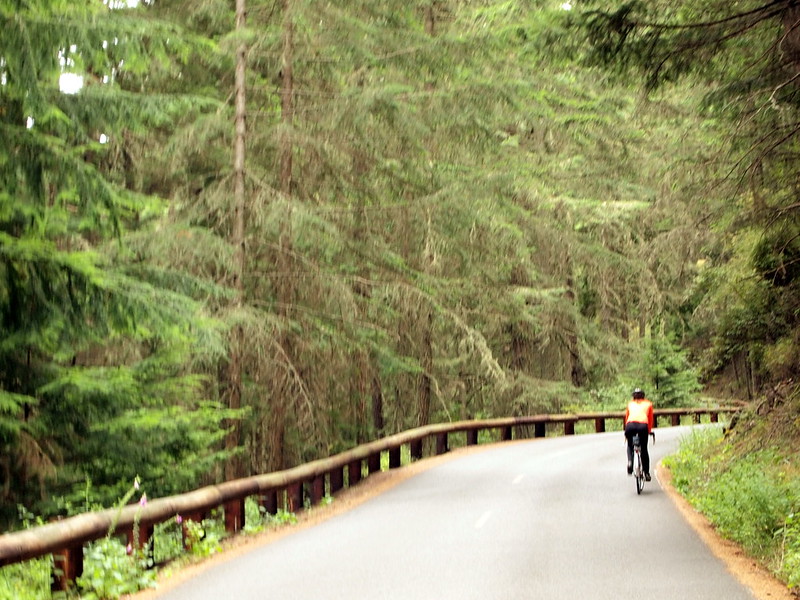 Mt Constitution Road to the summit is one of our favorite, if not favorite road climbs. The gradient is similar to that of Kings Mountain in Woodside or Bolinas-Fairfax Road from Bolinas to Ridgecrest. The pavement is in excellent shape, and the whole trip is pretty shaded. The Puget Sound only became visible in the second section of the climb, but the vista at the top is truly breath-taking. M. was riding her Trek 720 unloaded, and I was carrying a small pannier on my Kogswell P/R with the porteur rack. We were both comfortable riding in our 36 middle chainring and moved the gears up and down as the gradient changed.

The climb is almost 5 miles long and we expended quite a bit of effort to ride up at a decent pace. The first thing we did when we got to the top was to stuff our faces with food we had, which was not very much. We were able to take a moment to enjoy the spectacular view of the Puget Sound, with Mt Baker in the background before heading down.

I ride downhills faster, so I stopped at the lake to take a few pictures, and M and I got separated here. After some initial confusion and waiting, we got back into contact and she waited for me at the gas station just east of Eastsound. One thing about riding on the island is that you always have to watch time if you have to catch a ferry somewhere, which was our predicament. Since we ran out of water and food, we shared a can of coke at the gas station and began to ride as fast as we can back to the ferry dock. The Kogswell actually performed very well and its standard-sized tubing gave a lively ride that encouraged effort. We got to the ferry dock with minutes to spare and really enjoyed the late afternoon light peering through the clouds on our way back to Lopez Island. Orcas did not disappoint! 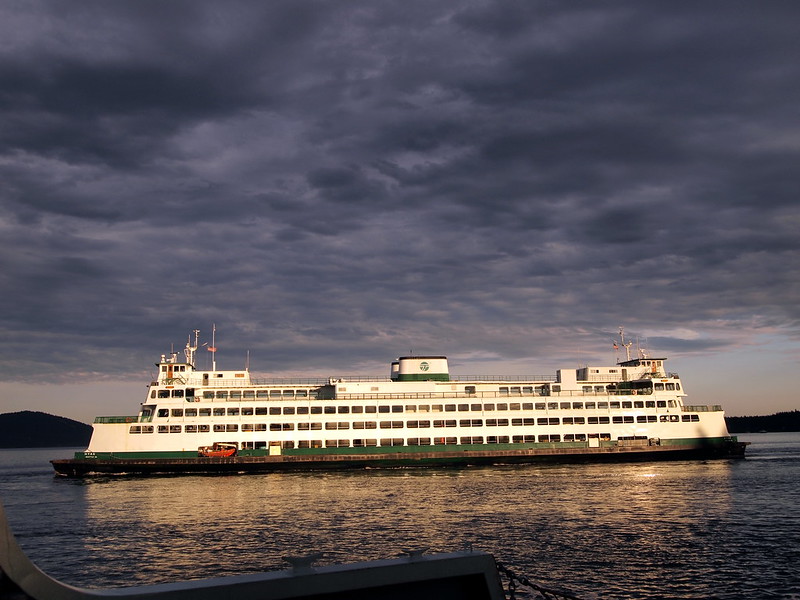 More pictures from the ride: 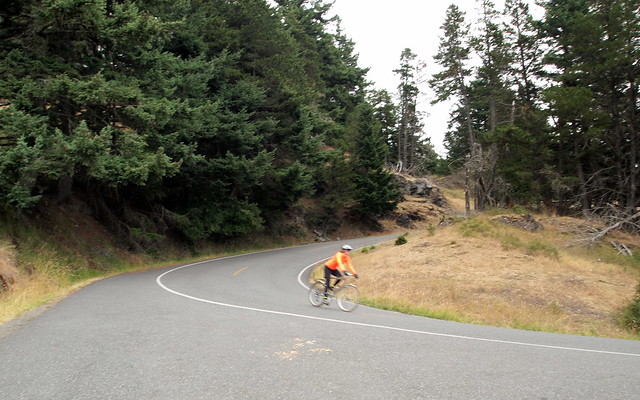 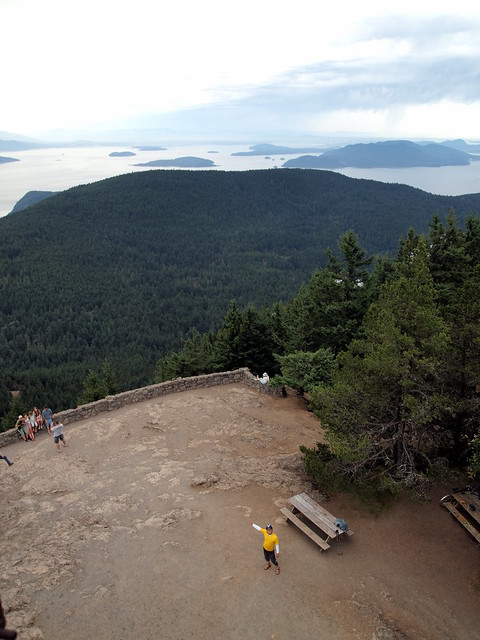 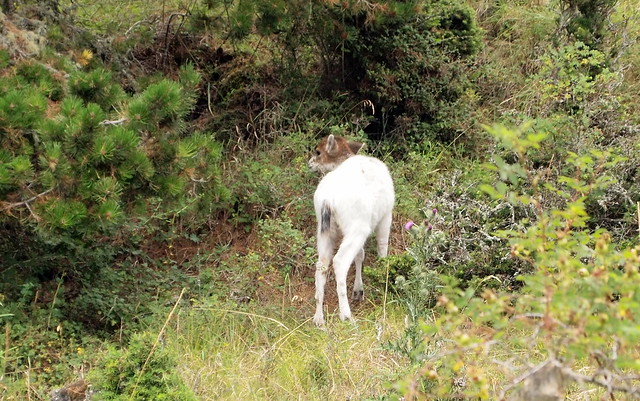 And even more pictures of the ride here.